Another Alternative Energy Venture on Maui

The Maui News had an article today on a new alternative energy venture planned for Maui. HR BioPetroleum is teaming with Maui Electric Company (MECO) and Alexander and Baldwin on the construction of an algae based bio fuel farm near Ma’alaea. The farm would use carbon dioxide from the existing MECO power plant in Ma’alaea to help stimulate the growth of the algae. The fast growing algae would be harvested every day from shallow pools. Water for the pools would come from brackish wells. Algae has shown itself to be one of the most promising resources for biodiesel. Production is estimated to reach 10,000 gallons per acre per year. With the farm predicted to span between 300 and 600 acres, this could result in millions of gallons of biodiesel. While the potential is promising, it has not been executed at this scale. The Maui farm would be one of the first farms to go online. Representatives of HR BioPetroleum are targeting 2011 as a starting point for operations.

This would add to some of the other green energy projects that are supplying the island. Maui currently draws power from Kahewa Wind Farm located on the Southern End of the West Maui Mountains. Bagasse, a by-product of sugar cane manufacturing, is also converted to energy to help power the local grid. Projects are planned for a small scale wave energy farm along the North Shore and a second wind farm/hydro operation in Maui’s Upcountry. A controversial bio-fuels plant that would rely on imported palm oil is currently going through environmental impact studies.

Individual home owners and businesses are also seeking alternative energy sources with home wind power systems and photo-voltaic panels. These have been pretty common place in Maui over the last couple of decades for those that are living off the grid, but it is increasingly popular for net-metered systems attached to the grid. It is encouraging to hear of these new ventures to make Maui’s power more sustainable. 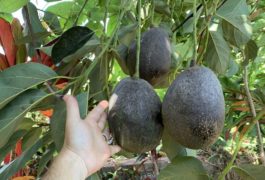 Five Tips When Shopping for a Mini Maui Homestead

We regularly field inquiries from buyers who are looking to…