Billy and I wanted to extend a huge congratulations to Maui Real Estate Team member Martin Lenny and his family. Martin was over on the Big Island yesterday to watch the last contest of the inaugural Stand Up Paddle (SUP) World Tour. Martin was no casual observer as both his sons were competing. Martin’s son Ridge qualified to be a participant in the main event by winning the Nakama Kai Kids SUP event. Not only did Ridge qualify, but he made it through his first heat to the second round. Needless to say, this is an outstanding accomplishment for a 13 year old. Great job Ridge! 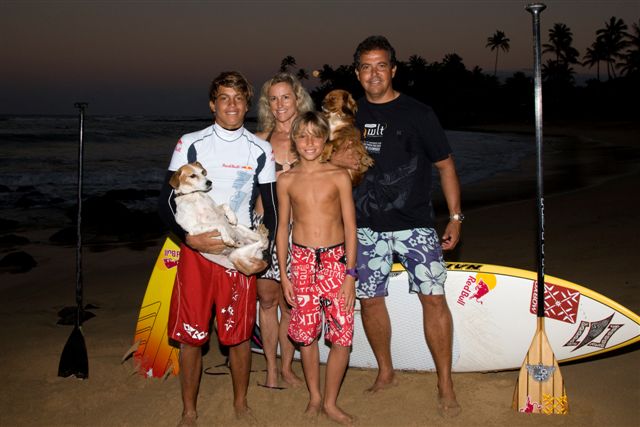 While Ridge was getting his first taste of the SUP tour, Martin’s older son Kai has been competing on this year’s tour since the very first event. Kai started the year with a bang back when he won the very first event at Sunset Beach in massive surf. He placed well at additional stops along the way in Europe and Brazil to position himself as the top ranked surfer going into yesterday’s event. If Kai placed well, chances are that that the talented eighteen year old would win the very first world title offered in SUP. Kai left no room for doubt when he won yesterday’s event. Congratulations to Kai on his World Title! Congratulations also go out to Martin and his wife Paula. Not only are they raising two very talented watermen, they are also fantastic kids off the water.