This evening the Maui Film Festival will be presenting the first screenings of the FirstLight 2009-2010 Film Festival. The festival is a show case of some of the most critically acclaimed films of the year. This includes forthcoming holiday releases that will be likely Oscar contenders. Many of these films will be played on Maui before they even hit Los Angeles or New York. Traditionally, the First Light festival starts in mid December. This year the film festival has moved some of the films to the Thanksgiving Holiday week. Tonight’s showings include the documentary The Cove at 5:00 and Bright Star at 7:30. There are also showings scheduled for Tuesday, Wednesday and Friday of next week. Check out the Maui Film Festival schedule for the complete list of films and schedule of showings. Screenings are held in the Castle Theater at the Maui Arts and Cultural Center. 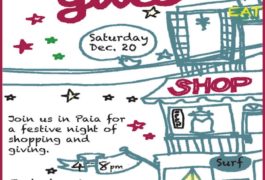