The National Weather Service has issued a High Surf Warning for the North Shore of Maui. I went down to check out the waves this morning and the large swell was rendering most surf spots unridable along the North Shore. If most breaks are unridable, that means that there is a good chance that Peahi, also known as “Jaws”, is breaking. A few phone calls confirmed that there were people out riding “small” Jaws. Wave faces were in the 20-30 foot range. With the swell expected to peak later today, there might be a few larger sets yet to come.

It is always exciting when warning level surf comes to the north shore. It really is an amazing example of the power of nature. This is the third or fourth high surf warning of the season thus far on Maui. We have had one particularly big swell on December 15th that brought big wave surfers from all over the world to Jaws. Waves on that day were in the 30 to 50 foot range.

Here are a few pictures from the 15th.

We were out on the cliffs overlooking Jaws just after sunrise. The jet skis had yet to arrive to add perspective to the waves. 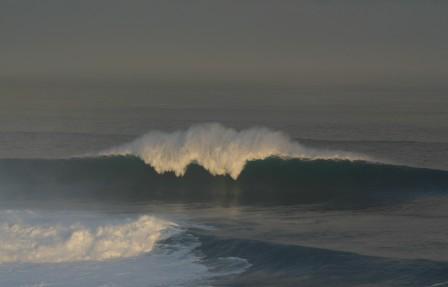 Here is a good picture of a medium sized right. 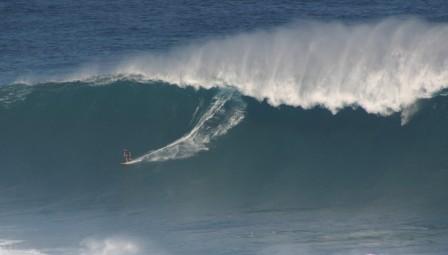 Here is a big left at Jaws. The lefts are ridden by only a few. With the impact zone right next to the rocks, the consequences of a wipeout can be higher. 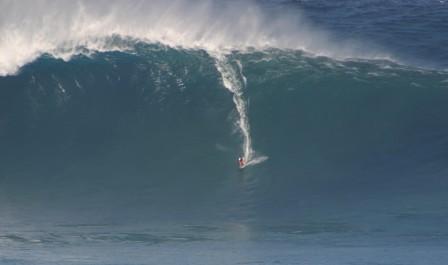