Today is the second day of the film festival and there are a number of good films and events planned. Tonight will feature the first start tribute of the event. Tonight’s tribute hosted at the Wailea Marriott Ballroom will honor the Wilson Brothers and Maui surf legends Laird Hamilton and Dave Kalama. The event starts at 6:30 with a Bombay “Mauitini” bar followed by the actual tributes starting at 7:00. Tonight’s Celestial Cinema will feature the Wilson brother’s new film the “Wendell Baker Story” followed by the movie “Hustle and Flow”. The night’s events will be capped off with a “Taste of Chocolate” at the Pacific Grill in the Four Seasons Wailea. This event will include a variety of exotic chocolate treats, chocolate martinis, ports and red wines. For more information on tickets, films overviews, times and venues, check out the Maui Film Festival website. 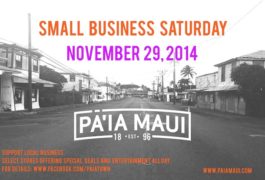