Maui is considered to be the mecca of windsurfing. The North Shore’s Northeast trade winds and winter waves have attracted international windsurfers for almost three decades. After getting a taste of the conditions offered at spots like Kanaha and Ho’okipa, many windsurfers have opted to make Maui their home. Combined with a deep pool of home grown talent, the world’s best are frequently seen testing their mettle at Ho’okipa Beach Park. It has been a number of years since Ho’okipa has hosted a professional windsurf contest. That changes tomorrow as the waiting period begins for the Maui Makani Classic. The event is the last stop and championship of the American Windsurf Tour. The event has six day waiting period with three actual days of competition. 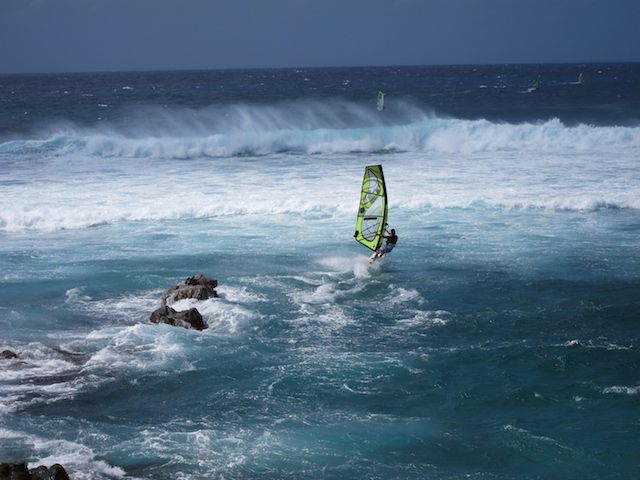 Opening ceremonies are tomorrow at 10:00 AM on the beach. The decision on whether to run the contest each day will be decided by 11:00 AM. In addition to the contest, there are a number of fun events associated with the contest over the next several nights. It will be great to see some of the best in the world back in competition on Maui. If you are on island, head on up to Ho’okipa to check out some of the action.