It’s May on Maui and time for another Market Musings. This week is a little bit more of a meat and potatoes affair as we look at notable numbers from the April Statistics and try to get a better pulse on current market conditions. National Real Estate numbers are showing signs of slightly slower activity due to current interest rates. It feels like we may be feeling something similar on Maui. Do the numbers support my anecdotal feelings? Keep reading to find out what I discovered.

Notable Numbers From the April Statistics

The April statistics are out and they speak to the strong buyer demand in January-March. I compiled these numbers using sales just from the island of Maui. I filtered out Molokai and Lanai.

Sales Statistics look backwards. As mentioned above, the strong April numbers reflect buyer demand from February, March and to a limited extent Early April. Since that time, Interest rates broke the 5% barrier and we transitioned out of peak tourist season.

The one relevant statistic to the present is inventory. Supply was lower at the end of April than it was at the end of March. The first five days of the month did not bring a torrent of new inventory. That’s one area where we differ from the overall national market. The National inventory of homes for sale slowly increased during the spring with healthier gains over the last week. Plain and simple, the supply side of the Maui market remains severely constrained.

What about demand? There are suggestions in the the April stats that demand has been cooling slightly. Over asking sales prices and full price sales both decreased from March. Is there anything we can tease out from the current inventory?

While I don’t have a basis for past comparison, I also looked at price reductions in the market. Out of the 160 active home listings on May 5th, 59 or 37% reduced their price . Of the 130 active condo listings, 19 or right around 15% reduced their price. This can be a baseline of comparison for future Musings.

I saw the quote below and had to work into a Musings. It was such a good analogy. I could practically feel the blister forming on the roof of my mouth from a Hot Pocket I consumed in 1991.

It also resonated with me as I watched the hot sheet over the last ten days. It sure seemed like not all parts of the Maui Real Estate Market are at the same level of frothiness. That’s clearly the case when comparing homes to condos. Condos have less inventory and far fewer price reductions overall.

While this validates some of my expectations. I will say this is something of a flawed metric. While Haiku has had quite a few price reductions, there are only 13 active listings. Well priced properties can still sell pretty quickly. On the other end of the spectrum only 8% of the active inventory in Ka’anapali made a price reduction to date. That would seem to suggest strong demand. That said, the average days on market for the active Ka’anapali listings exceeds 100 days.

Overall, the market remains pretty darn strong and inventory remains really low, but there is a hint of nuance to things. Some parts of the market still feel hot like earlier this winter, others are just warm. The slight cooling likely can be attributed to the significant rise in mortgages rates. Rates continue to rise slowly and other economic headwinds like the recent stock market plunge could threaten demand. Will decreased demand change the trajectory of the market or will the low inventory continue to be the determining factor in market conditions? I will keep you posted in future editions.

A Side of Maui Beauty With the Stats 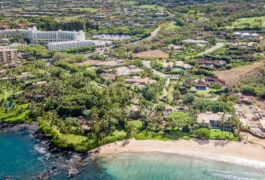 Sweet sixteen! This is the 16th edition of our almost… 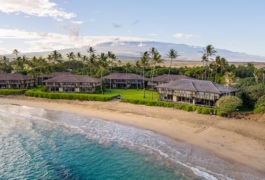 In our last Maui Market Musings Post, we did a… 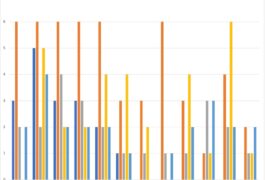 Welcome to the 15th edition of our market musings. The…