We are starting off 2023 with volume 22 of our market musings. Early January means that we are in the beginning of what is traditionally our peak real estate season on Maui. This post helps to give a sense of recent market demand and current inventory levels as we enter into what should be the busiest 3-4 months of the year for real estate transactions on island.

We start things off by taking a look back at December. How many new listings came to market, went under contract and sold? Activity from the five previous Decembers are given for additional context.

New inventory during the month of December was below normal. The number of new listings is anywhere between 25% and 36% lower than what we would anticipate in the pre-Covid Decembers of 2017-2019. This December’s home inventory benefited from an influx of new listings in the Hoku’ula subdivision in Upcountry Maui towards the end of the month. Were it not for those 19 listings, new inventory would be even further below what’s considered normal.

New condo inventory was significantly lower than usual in December. It is anywhere between 47% and 56% below the December new inventory of 2017-2019. Whether it’s the golden handcuffs of low interest rates, the lack of potential replacement properties or just loving their place on Maui, people are holding on to their condos for now.

While new inventory was low, buyer demand also remained low in December. The number of new pending home sales came in at anywhere between 32-33% below what we saw in the three years prior to the start of Covid.

New Pending condo sales came in between 45% and 52% below the activity seen over the years prior to Covid. The slow down in new condo inventory and sales activity is particularly pronounced over the last few months.

The closed transactions in December give us some insight to market demand a little earlier in the fall. Most of these closes came out of contracts agreed to in October and November. Home sales were between 28 and 33% lower than a typical Pre-Covid December. Condo sales in December are between 45 and 53% lower than the three Decembers prior to the start of Covid. Of course, this December’s home and condo sales are way below 2020 and 2021 sales volume.

Inventory, or lack thereof, continues to be a significant factor in our market. While new inventory remains low, quieter buyer activity over the last 2-3 months allowed for modest growth in the overall number of properties for sale. That said, we still have a lot less inventory that what was more typical pre-Covid. The charts below provide detail on active and pending listings by price point and community.

Notable Numbers from the End of December Home Inventory

The information above is provided with the usual framework. The home inventory data by price point includes all of the island of Maui, but excludes the islands of Molokai and Lanai. The district information is limited to the districts and communities with the most activity.

Notable Numbers from the End of December Condo Inventory

Again, the tables above come with the usual framework for our end of month inventory. The table by price point includes all condos on Maui, but it does not include condos on the islands of Molokai or Lanai. The table with districts is limited to the communities with the most activity.

Pending sales at La’i Loa at Wailea Hills skew the data in Wailea and the $1,500,000-$5,000,000 price ranges. There are 75 pending sales in that development based on contracts penned in 2020 and the first quarter of 2021. Pending sales in La’i Loa won’t start to close until sometime in the fall of 2023. Paradise Ridge Estates in Kihei also skews the data albeit to a lesser extent. There are 18 pending sales with that development based on contracts penned between 2018 and the first quarter of 2022. Overall, 53.44% of the current pending condo inventory is in La’i Loa or Paradise Ridge Estates.

How Quickly Are Things Going Under Contract

My biggest takeaway from these numbers is that we are well off the frenzy of 2021 and the first quarter of 2022. Response to new listings is closer to what we had pre-Covid. Back then, quality properties priced well tended to go quickly. That continues to be the case today. Unless there is a lot of push back from the readership or we see a clear shift in market conditions, I am going to retire this metric from future musings posts.

While market activity remained slow in December, it doesn’t seem to be fazing too many sellers. As of December 31st, only 33.33% of all active listings had one or more price reduction. That is down from 37.02% on November 30th and 39.92 on October 31st. It was all the way up at 42.21% in late September.

The condo market is seeing even fewer price reductions. As of New Year’s eve, only 25.25% of all active condo listings were reduced in price one or more times. That is down slightly from 25.53% on November 30th and 29.41% on October 31st.

I surmise that low inventory and seller hopes for a seasonal increase in buyers has led more seller to stick their guns on pricing.

Needless to say, the trajectory of the market isn’t entirely clear at the start of buyer’s season. Inventory is up from last winter, but still well below normal. Demand is lower, but it should potentially increase just due to seasonality. Affordability is down significantly from this time last year, but there is still a lot of cash in our market and rates are better than they were earlier in the fall. Add it all together and it makes prognostication a challenge. About the only thing I feel comfortable predicting is continued variability in conditions by price range and by location around the island. We will continue to provide market observations as buyer season progresses on the blog. 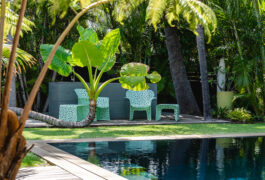