Last night, I had the opportunity to attend opening night for the new Maui professional baseball team. The Maui Na Koa Ikaika (Maui Fierce Warriors) are part of the Golden League which includes teams from the Western United States, Canada and Mexico. Many of the players have previous experience playing on teams ranging from A-AAA with some having played in the Big Leagues. Last night’s game pitted the Na Koa Ikaika vs the Tijuana Cimmarones. It was a bit of a surreal pairing, but a fun game to watch with some good talent on the field.

The home games are played at Iron Maehara Stadium in Wailuku. This is next to War Memorial Stadium Complex and Baldwin High School. Parking was ample leaving a quick walk to the stadium. You could tell there was a pretty good buzz about the return of pro baseball to Maui with fans tailgating in the parking lot. There also appeared to be a pretty good concession stand with burgers, hot dogs and more at good prices. Tickets are also well priced with reserved seating priced at $11 and $9 respectively. General admission is only $6 and it has the advantage of being in the same location as the beer garden. The general admission seats include a grassy area if you want to lay out picnic blankets. There was plenty of entertainment for kids beyond the action on the field. The team has an interactive mascot and games between the innings.

The Na Koa Ikaika are a a great addition to the Maui community. They offer a fun and affordable night out for families. While last night was my first game in attendance, rest assured it will not be the last. Come out and support Maui’s new professional sports team! 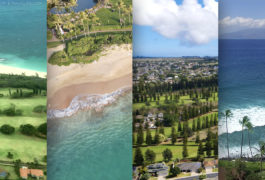 Things to do on Maui – By Region

We’ve put together some favorite things to do on Maui by region, because each town and area has it’s own unique personality, activities and attractions!

Snorkeling at Black Rock in Ka’anapali

Maui has a number of great options for snorkeling around…

Shark week. What started as an homage to the apex…