Over the last moth, Maui has seen a handful of ultra luxury home sales. This apparent uptick in luxury sales spurred me to take a look at how the Maui Ultra Luxury Real Estate Market is fairing for the first part of 2011. I thought it was worth comparing the the sales figures to date for this year with what we saw during the same period of 2010. The first half of 2010 proved to be significant for the Maui Luxury Real Estate Market. Sales volume increased steadily from the doldrums of 2009 and new records were set for the highest purchase prices for both single family family homes and condominiums. Has the 2011 market been able to keep pace with the 2010 market? A comparison of the 2010 and 2011 sales numbers may be seen below followed by a few observations and comments.

The term luxury home is pretty subjective. There are some properties on Maui that offer luxurious amenities under $1,000,000. That being said, the focus of this post is what I call the ultra luxury market segment. I am defining ultra luxury as homes with a purchase price of $5,000,000 or greater and condos with a purchase price of $3,000,000 or more.

*Pending sales were estimated based on closing dates. It was difficult to estimate pending sales for condos for 2010 so no number is provided.

At this point, sales volume for ultra luxury homes is slightly higher than what we were seeing in 2010. Sales volume for ulta luxury condos is significantly lower. The home sales are somewhat of a surprise as there has been less fanfare associated with this years ultra luxury market. I surmise that the 2010 sales garnered more attention for a couple of reasons. First and foremost, the 2010 market garnered more publicity largely due to the sale of a couple properties. The sale of 4472 Makena Road for over $19,850,000 opened a lot of eyes and drew more attention to the luxury segment. The spotlight grew brighter with another $17 million dollar plus property currently under contract just down the beach at 4544 Makena Road. The 2010 sales also generated more press because they came on the heels of the relatively limited luxury activity of 2009.

What caused the big dip in ulta luxury condo activity? For those that are regular readers of my unofficial Maui Real Estate Statistics, you may be familiar with a term that we coined called the Honua Kai Effect. Honua Kai is a new condo development that was recently completed in Ka’anapali. There have been over 350 new developer Honua Kai closes in the last two and a half years. Many of those closes were based on contracts that were inked pre-construction back in 2005-2006. The Honua Kai Effect refers to the bump in sales numbers that we see when there are a lot of long term new developer contract Honua Kai closes. The ultra luxury condo market saw a pronounced Honua Kai effect during the first half of 2010. There were fifteen $3,000,000 + Honua Kai long term closes from January 2010 through late May of 2010. There were two additional closes at The Residences at Kapalua Bay during that time period. While the 2010 numbers were boosted significantly by Honua Kai, the 2011 numbers received no such boost. There have been no long term ultra luxury closes reported at Honua Kai this year. This helps to account for the big decrease in ultra luxury condo sales when comparing the two years.

The one other thing that stands out about the ultra luxury market is a shift in the geography of where the big home sales are occurring. The Makena market made the most noise in 2010. All three luxury home sales and one of the pending home sales for 2010 were in the Makena area. There was one sale pending in Kapalua and one sale pending on the North Shore. Fast forward to 2011 and there have been no sales in Makena to date. There has been one sale in Wailea, two in Kapalua and one in the Mahinahina area of West Maui. The four pending sales include two on the North Shore of Maui, another Wailea home and a Napili Oceanfront home. It is worth noting that one of the North Shore homes that is pending is the same one that was pending in 2010. That property is currently tied up between the courts and the banks.

Does this shift in geography have any significance? Are Kapalua Homes the hot item for Ultra Luxury buyers? Has the luster of Makena diminished? While the easy route would be to make a sensationalistic claim, the sample size is just way too limited to extrapolate too much from this sales shift. The fact is that both resort communities offer amenities that are compelling for ultra luxury buyers. For that matter, there are estates on all corners of the island that may appeal to ultra luxury buyers. If you are in the market to buy or sell a luxury property on Maui, we would be happy to offer representation. We offer the discretion, market knowledge and overall service desired by high net worth clients. Contact The Maui Real Estate Team today for prompt professional service. 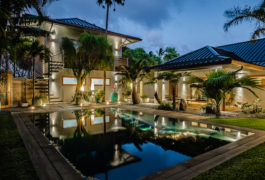 We are proud to bring the Oasis Spreckelsville to market…. 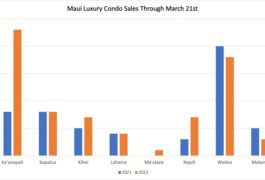 This week’s edition of the musings dives into recent numbers… 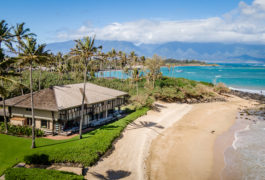 Welcome to the third edition of Maui Market Musings. It’s…