Last Monday, I had the opportunity to see the classic 1970 surf movie Pacific Vibrations at Puka Puka in Paia. There was a pretty small turn out at least weeks showings. I was excited to see they would be hosting two more screenings tonight at 6:00 and 8:00 PM. If you missed it the first time, here is your second chance. 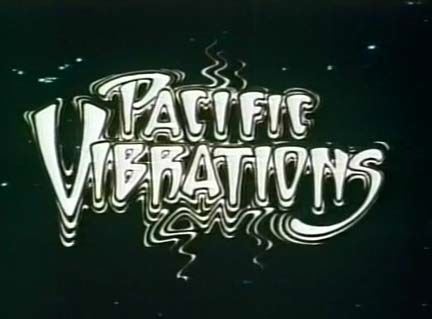 There haven’t been too many opportunities to see Pacific Vibrations since its original release as it has been in limited circulation since the 70s. MGM remastered the movie in HD this summer and there have been showings at a handful of different surf events and on the MGM HD channel. Pacific Vibrations is considered to be on of the all time great surf films. The film is a documentary created by John Severson that highlights both surfing and the associated counter culture in Hawaii and California. There is quite a bit of footage from Maui in the movie including some great segments from Honolua Bay. Surfers and non-surfers alike will appreciate seeing West Maui when things were still pretty sleepy on that side of the island. The car ride up to Honolua Bay passes by the new Ka’anapali Resort before winding through cane and pineapple roads to get to this once secluded bay. Severson is a legend within the surfing community as the founder of Surfer Magazine, a talented film maker, painter, photographer and of course a good surfer. John actually attended last week’s showing. Tickets are 10:00 and include free popcorn. Head on down to Puka Puka to see Pacific Vibrations. Puka Puka is located on the Makai (ocean) side of the road at 43 Hana Highway in Paia across the street from and to the west of the Paia Public parking lot.