Paia town is home base for the Maui Real Estate Team. It also happens to be one of the more in demand real estate markets on island. A bohemian vibe, Plantation town charm, access to great water sports, galleries, good restaurants and shopping have made this little town internationally renowned. We want to take a look back at how the Paia market performed in 2016 and how it might perform in 2017.

One quick note, typically the Spreckelsville neighborhood is lumped in with Paia when people talk about Paia real estate. We believe Spreckelsville is somewhat unique within Paia and opted to exclude it from this overview. We did a separate Sprecks market update at the end of 2016.

The map above shows the 2016 sales as well as the one 2017 sale that was based on a contract from 2016. You can click on individual pins on the map for additional details on the sales.

Looking back at the year in sales, there were some notable numbers that I think are worth highlighting.

While the numbers above give you a glimpse into market activity in Paia and Kuau as a whole, I also wanted to take a look at some of the individual areas and neighborhoods around Paia.

Kuau Bayview
Kuau Bayview has been one of the strongest performing neighborhoods on the island. It was setting all time high prices before any other neighborhood on the island during this market cycle. The neighborhood holds a lot of appeal to buyers due to location, walkability, consistent pride of ownership and in some cases views. Last year was another strong year for the neighborhood. Record sales prices were set not once but three times. The current record high of $952,000 pushes Kuau Bayview pretty close to the $1,000,000 threshold. In addition to the three high sales, there were two other smaller floor plan sales. The five total sales for 2016 was up sharply from the single sale in 2015. That said, it is worth noting that sales volume in this neighborhood tends to be more of a reflection of available supply instead of demand.

North Shore Village
North Shore Village was the last new development built in Paia. It is hard to believe that it was completed 14 years ago. There were only two sales in the neighborhood in 2016, but one was quite notable. 21 Hoku sold for $750,000. That is a new record high sale by a considerable margin. It sold for 13% more on a cost per square foot basis than the other sale in the neighborhood which only closed 4 months prior. On a cost per square foot basis, it was 19% higher than the previous neighborhood high sale. It will be interesting to see if that will be the new standard or if that sale is viewed as an outlier by future buyers.

Skill Village
Skill Village is another neighborhood that had a record high sale in 2016. A four bedroom, three bathroom home sold for $680,000 in September. It also remains the busiest neighborhood in Paia for sales volume. This was the second straight year with 9 transactions. While the recent high sales price may suggest otherwise, Skill Village provides the most opportunity for buyers who want to get into Paia for below the island’s median sales price for homes.

Oceanfront Paia
While Paia has seen a strong real estate market since the start of the recovery, Paia oceanfront has been slower. There has been a lot of inventory and relatively few sales. We saw a change in dynamics during 2016. After just one sale per year in 2014 and 2015, we saw four transactions in 2016. There were three oceanfront home sales and one land sale.

2017 Market Outlook
After a strong 2016, the big question is what should we expect during 2017 in the Paia Real Estate market. There are few things that I think will drive the market.

Inventory tops the list of market drivers. Island wide, we have seen home inventory shrink. Paia is seeing a more acute decrease in active listings than most other parts of the island. There are currently only 14 active home listings in Paia and Kuau. Three homes are currently under contract. Of the active listings, only five listings are priced less than $1,000,000. The one home priced for less than $500,000 is a short sale facing foreclosure. It also happens to have four additional liens on the property. The lack of available inventory makes it hard for me to imagine that we will come close to last year’s sales volume.

Low inventory and continued demand are a dynamic that is likely to provide continued upward price pressure in the Paia market. Interest rates are something that could prove to be a counterweight to the lack of inventory. Conventional wisdom suggests that we are going to continue to see increases in rates throughout the year. If that comes to fruition, I would suspect that might limit the increase in values particularly in the bottom of the half of the market. Entry level buyers face a tough barrier with current pricing in Paia. Increases in rates will make the cost of ownership that much higher.

We may also look at recent market history for a forecast of the future. Paia has seen significant appreciation since the last downturn, but appreciation has not been linear. If I were to chart values over the last four years, it would likely look like a stair case. Strong increases in value were followed by a pause in values as the market would seemingly catch its breath. Kuau Bayview is a good example of this dynamic. That neighborhood saw a series of record high sales in 2013. The next year and most of 2015 were pretty quiet due to a lack of inventory and sales. As mentioned above, 2015 saw the neighborhood high sales mark broken three times. If the pattern continues, we might see a quieter 2017.

One segment that will be interesting to watch is the oceanfront home market. This price range tends to be less interest rate sensitive due to the higher percentage of cash transactions. The last year was the strongest year since the downturn and one of the strongest overall historically for Paia and Kuau Oceanfront. Part of that stems from sellers adjusting to the market. The high sale for the year closed well below replacement cost. There is currently one oceanfront home under contract, and sellers have continued to adjust their pricing hoping to find the market. I would anticipate the oceanfront market might remain more active particularly if sellers continue to adjust prices. 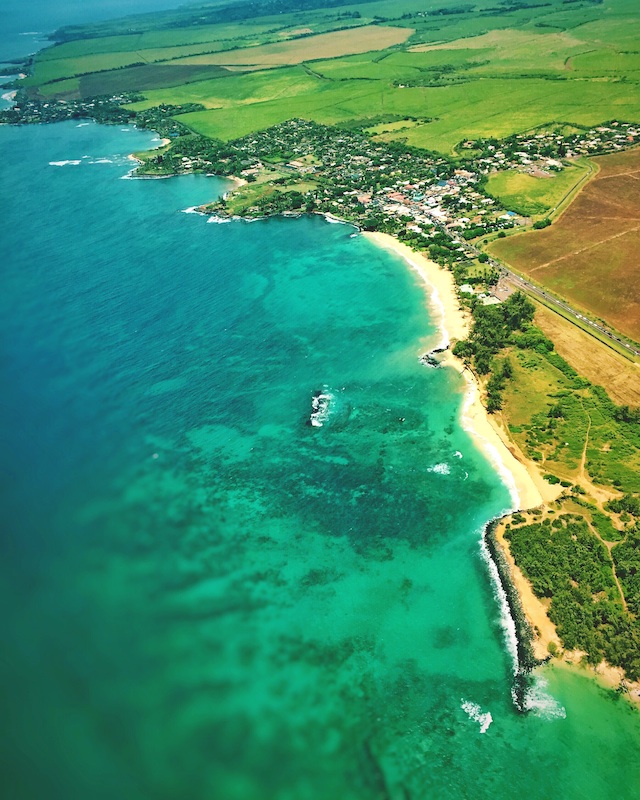 The Future of Paia Real Estate

The strength of the Paia market over the last 15 years has been a simple case of supply and demand. Demand has only increased over the years as the town has become more and more renowned. Paia has made a couple of lists for the Best Beach Towns in America. Numerous other publications have cast the spotlight on Maui’s hip beach town. For each new article, there seemed to be more buyers of Paia real estate. All the while, supply has been practically unchanged since North Shore Village was built back in 2003. The town’s growth has been limited by the surrounding cane fields. The closing of the sugar plantation in December of 2016 may mean the end of that growth barrier.

There has already been one large parcel of land sold to the West of town. A 340 acre parcel directly to the West of Paia sold for $9,900,000 in January. The agriculturally zoned land is on the Mauka (Mountain) side of Hana Highway. The land runs from the town’s parking lot and mini bypass up towards the mill and heads West towards Baldwin Beach Park. Plans for the land have not been presented to the public. The coconut wireless has suggested 16 high end agricultural lots with the potential for mixed use development along Baldwin Avenue closer to the mill. I don’t anticipate that development will happen quickly. The subdivision process can be lengthy on Maui. If any rezoning is done, that could lead to additional delays.

While we are unlikely to see changes over the next couple of years, the cane fields may no longer serve as a limitation for growth. Some of this cane land will become ranch land. Still more areas could be sold off for future development.

Buying and Selling Paia Real Estate
You can see all of the Paia Area Real Estate Listings on MauiRealEstate.com. Our office is located in the heart of town in Paia Plaza at 71 Baldwin Avenue. Our agents live in the area and have decades of experience in this market. We watch the market closely and keep our ears to the ground for properties coming up for sale. Contact The Maui Real Estate if you are interested in buying or selling in Paia.