Sunday’s first annual Paia Fest proved to be a rousing success. The streets were full, there was lots of good music and donations were raised for many local non profits. I had the opportunity to enjoy some of the sights and sounds. I started with the music and fashion show next door to our office at the Paia General Store Shops. 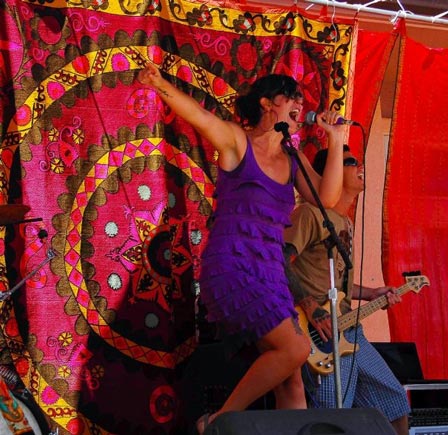 Erin Smith and the Throwdowns put on a rocking show at Paia Fest. 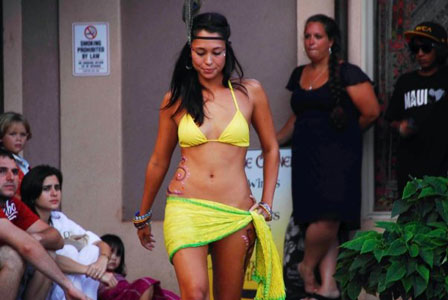 Models showed off accessories from Indigo and swimsuits from Hana Highway Surf at a Paia Fest Fashion show.

After the general store, I took in some surf tunes in front of the Green Banana. There was a large crowd grooving to the surf sounds of the sixties. After I had my fill of surf music, I made my way to the other side of town to Flatbread to listen to the Haiku Hillbillys. Good times were had by all around Paia town. A special thanks to Daniel Sullivan and the rest of the Paia Merchants Association for organizing a great first Paia Fest. I look forward to this event becoming a community tradition.