Paia Prepares for the Dalai Lama

There is palpable excitement on the streets of Paia today as final preparations are made for a visit from one of the world’s most important leaders, his holiness the Dalai Lama. The Dalai Lama will be on Maui tomorrow and Wednesday. He will be giving public talks at War Memorial Stadium in Kahului on both days. Tomorrow’s talk “the Human Approach to World Peace” is free to the public. The talk starts at 2:00, but gates will open at 10:00 AM. Get there early as there will be extensive security and lines will be long. The Wednesday talk is a paid talk which will also be held at 2:00 at War Memorial. The second speech will be on “Eight Verses for Training the Mind.” This topic delves into the the human values of compassion and kindness. As with the Tuesday speech, gates will open at 10:00 allowing for security screenings. 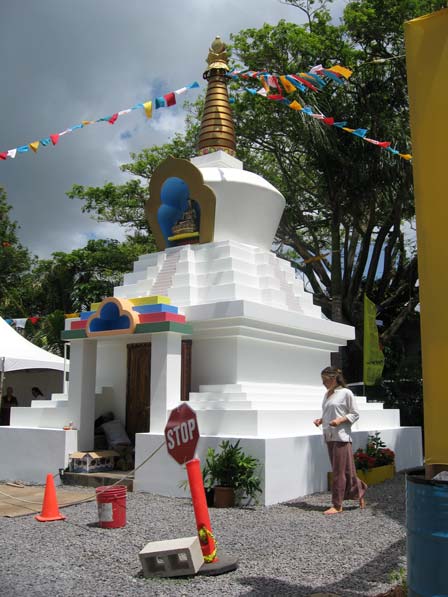 In addition to his public appearances, the Dalai Lama will be making a trip to the Maui Dharma Center in Paia. He will be blessing the Paia Peace or Lha Bab Stupa in a private event. The Stupa is a spiritual monument built for “the purpose to enrich the memory and legacy of Dharma center’s original Lama Lama Tenzin and as a reminder of the profound benefit and continuance of the Buddha-Dharma on the beautiful island of Maui.”I took a quick stroll up to the Dharma Center this afternoon to observe final preparations. The last touches were being done on the Stupa, prayer flags were flying and the grounds were being beautified with new flowers. 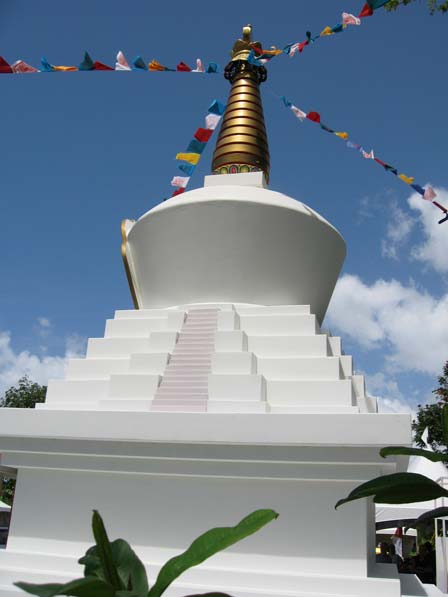 Regardless of your religious or spiritual affiliation, it is hard not to be excited about the presence of an individual dedicated to kindness, compassion and peace. It is a historical event for Paia and all of Maui to welcome such an esteemed spiritual leader to our beautiful island home.