Two Signs of Fall on Maui

It is a sticky rainy day on Maui. Hurricane Ana is passing to the south of the islands. The storm is close enough to bring us grey skies and steady rain, but far enough that there is no accompanying wind. That said, there are few on the island complaining about the weather. The forecast earlier in the week had Ana coming a lot closer and likely bringing some damaging winds. Today’s weather is also a far cry from some of the beautiful fall weather that we have been experiencing. Last week, I saw a couple of signs of fall on Maui that I thought were worth sharing. While we don’t get fall colors and there isn’t a drastic difference in temperature, the signs of fall are clear for those that look.

This first picture captures an image of fall that you might expect to see on the mainland. Then again, I think it is safe to say that this Upcountry Pumpkin Patch has better views than the average mainland pumpkin patch. 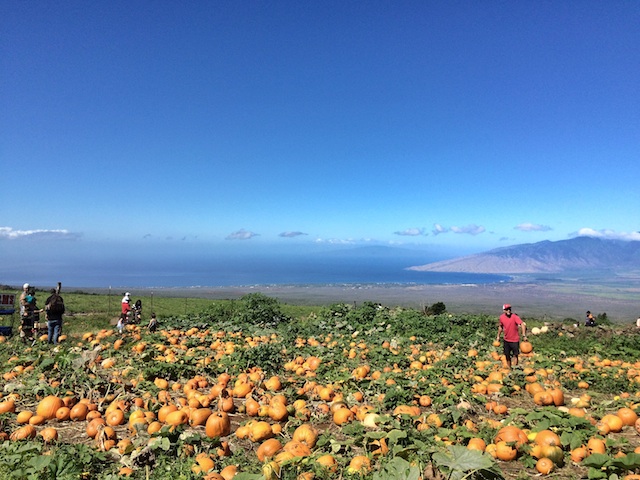 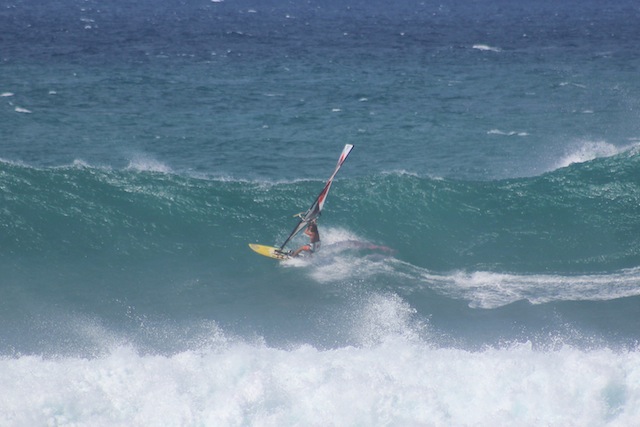 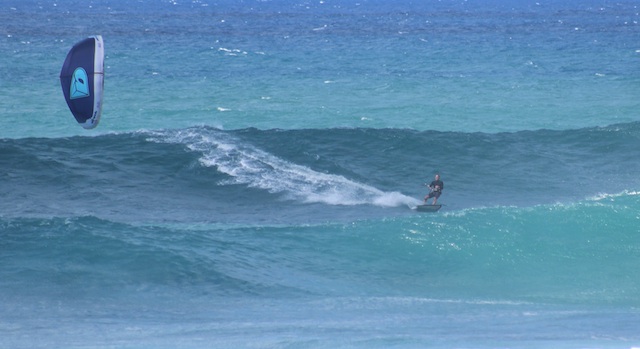 The two images above are a distinctly Hawaiian sign of fall. I took these photos at Ho’okipa Beach Park last week during the first High Surf Advisory of the season. Usually during late September or Early October, we see our first big swells of the year on the North Shore of Maui. The national weather service issues a high surf advisory when wave heights of 15 feet or greater are likely. The combination of big swells and steady trade winds brought out windsurfers and kitesurfers to sample nature’s offerings.

Ana is supposed to linger near the Hawaiian islands for a couple of days keeping the chance of rain in the forecast and maintaining humid conditions. By early next week, Ana should clear out and we will have a return to our beautiful fall weather.

If I were to point to a single factor that influences Maui’s weather the most, it would be the trade winds. The trade winds that grace our islands typically blow from the Northeast. The winds help keep cool breezes blowing, moderate humidity, and carry the trade showers that bring important precipitation to our shores. The windward sides of the island are the most exposed to our trade winds. As a result, they receive the most precipitation. The leeward sides of the island are frequently shielded from the trades and their associated precipitation by the West Maui Mountains and Haleakala. The rain shadows of these land masses contribute to the significant variability in island micro climates. The last few days have seen accelerated trade winds and a bump in shower activity along windward shores. 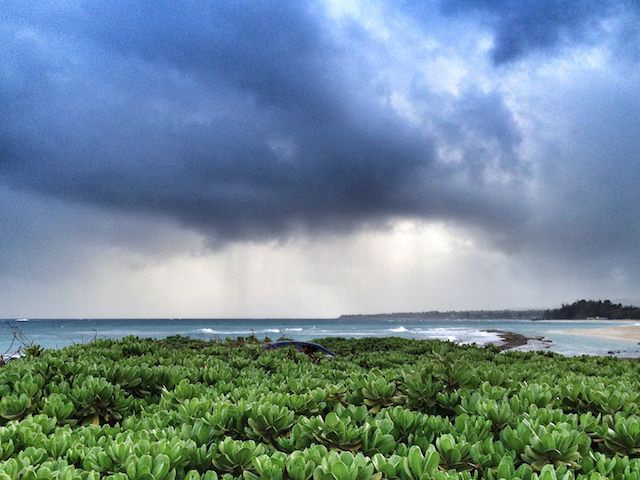 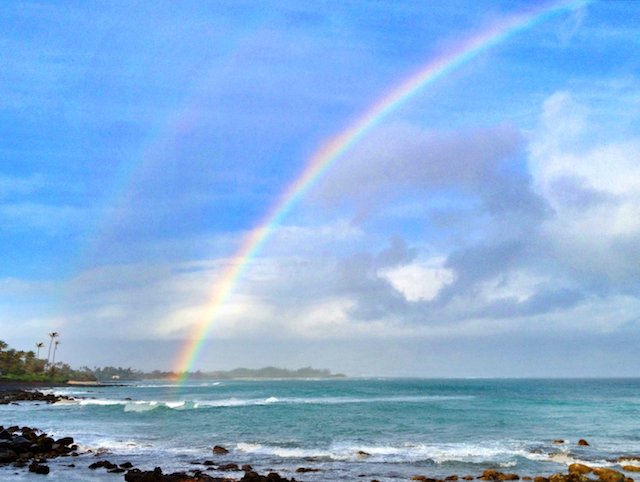 While weekends like this one can make for mixed beach weather for windward coastlines, the blend of showers, sun and rainbows creates a visual feast.

Over the weekend and into the first couple of days of the week, Maui experienced some pretty stormy weather. It is not too uncommon for weather fronts to impact the island for a couple of days. Yesterday, the front began to clear leaving behind a few lingering showers and rain squalls. The combination of rain and sun brings out Hawaii’s famous rainbows. Here is one we saw as we were driving back from Haiku. 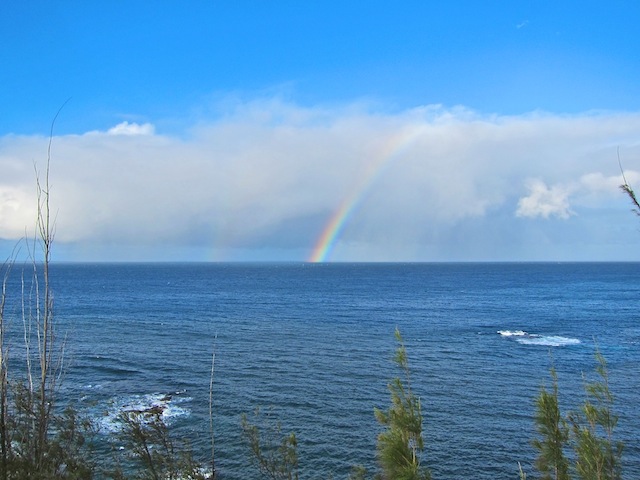 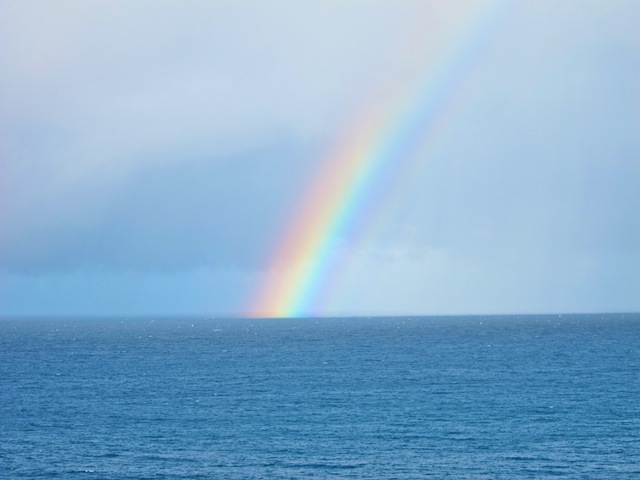 While we welcomed the return of the sun, I was just as happy to see the rain and ensuing rainbows.