If prompt and punctual blogging was my New Year’s resolution were my New Year’s resolution, I would have already failed. I am a little slow out of the gates this year. The good news is that the delay is due to a busy start to the year with clients. If you have already seen the December Maui Real Estate stats elsewhere, there is still reason to keep reading. We report on a few things that other outlets don’t, and we don’t treat fluctuations in median prices with breathless hyperbole. Without further ado, here are the December 2015 numbers.

December Maui Pending Real Estate Sales
December is usually a pretty quiet month for properties going under contract. Many buyers will put their home buying on hold while they negotiate the already hectic holidays. Maui tends to see a slight uptick at the end of the month when an island filled with holiday visitors means more potential buyers.

This December, we saw a little more home buying activity. I would surmise that there are two factors at play. Buyers trying to lock in rates at the beginning of the month before the fed rate increase, and buyers who kept their focus looking for new listings in an otherwise limited inventory.

This is another shorter than usual stats post. I want to save the analysis for some forthcoming 2015 overviews. Stay tuned for those posts in the next week. In the meantime, please contact The Maui Real Estate Team if you have any questions about the stats or buying and selling Maui Property. We would welcome the opportunity to sit down with you and learn more about your real estate needs for 2016.

Kuau Oceanfront-Check the Surf Conditions From Your Backyard

Today is the last day of the Kite Surf Pro World Championship Tour Event at Ho’okipa. The world’s best kite surfers are on hand to wrap up the final event of the Kite Surf Tour season. If you owned our oceanfront listing at 129 Aleiki Place on Kuau Point, you could catch the action from your backyard. This plantation style home overlooks the surfbreaks at Ho’okipa and Mama’s. For avid waveriders, it doesn’t get much better than being able to check the conditions from your own backyard. Here are a couple of pictures I took from the property of guys kitesurfing at the break Lanes at Ho’okipa Beach Park 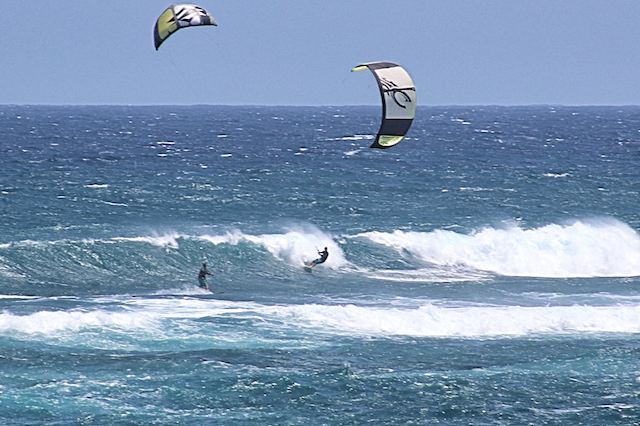 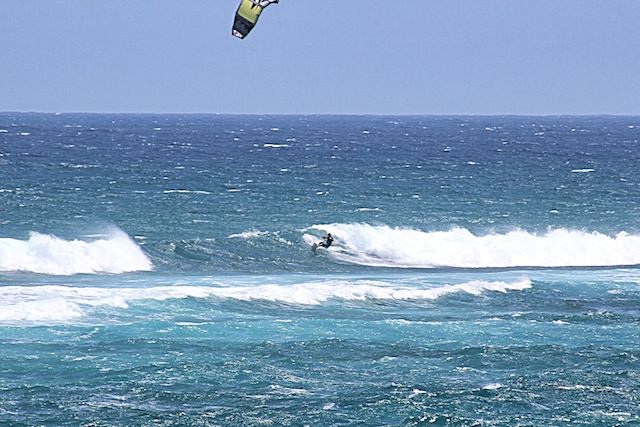 You don’t even have to love water sports to appreciate this home. Beautiful views and a great location are other attributes. You are just 100 yards from Mama’s Fish House and Paia town and all of it’s shops and restaurants are one mile away. You can live a simple life by the ocean in this Hawaiian plantation style home. This two bedroom/one bath home exudes charm. 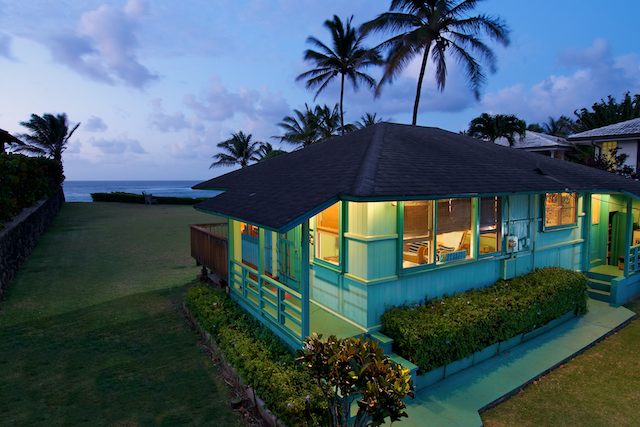 If you have your eye on something bigger, this property offers additional development opportunity. The owners recently obtained a certified shoreline and the SMA exemption to modify the existing home and add a second dwelling. This property is no longer listed for sale. Contact The Maui Real Estate Team for assistance with other properties in the Kuau Point and Paia Areas.

This post may be of interest if you are thinking of building or engaging in a significant remodel of a home on or near Maui’s shoreline. The State of Hawaii has a program in place called called Coastal Zone Management (CZM) which attempts to balance the preservation of land and water resources in coastal areas with economic growth. One of the critical elements of the CZM program is the designation of special management areas (SMA) where a combination of county and the state agencies regulate development. Within Maui, SMA areas can extend from a few hundred yards to a few miles from the coastline depending on the location around the island. Construction and development in SMA areas are held to higher standards than regular development with a longer permitting process. Depending on the size and scope of the development going on within the SMA area, you may be subject to an SMA minor permit or an SMA major permit. The difference in the process between the two types of SMA permits can be significant. SMA minor permits have a limited review and require no public hearing. SMA major permits have more extensive reviews and can require a public hearing.

The threshold between SMA minor and major has been based on an estimate of construction costs. In 1991, that number was established at $125,000. Up until today, that number had not changed despite significant changes in construction costs. The state legislature just approved a new threshold of $500,000 in estimated construction costs as the threshold between SMA minor and SMA major. Also of significance, they established a threshold for the size of residences impacted by these rules. According to the county press release, “Homes of less than 7,500 square feet, with a valuation of less than $500,000, will be exempt from SMA permitting requirements altogether. Larger homes, depending on their valuation, will still be required to obtain either SMA minor or major permits.” This should substantially improve the speed of permits for home improvements within these coastal zones.