El Nino winters in Hawaii are known for drier than normal weather, warmer temperatures and big surf. This year’s El Nino is following the forecast to perfection. January has seen little rain, warm days and a whole lot of high surf warnings. Last Wednesday was described as the biggest surf seen at Peahi, Maui’s renowned big wave break, in over a decade. Today’s rapidly building swell was predicted to bring surf that was almost equal in size. The waves were big and they inflicted quite a bit of carnage on the surfers in the water. Our broker Billy headed down to Peahi, also known as Jaws, right before sunset. He met up with Maui Real Estate Team agent Martin Lenny just in time to see Martin’s son Kai catch one of the last waves of the day. Here are a couple of photos that Billy took from this evening’s surf. 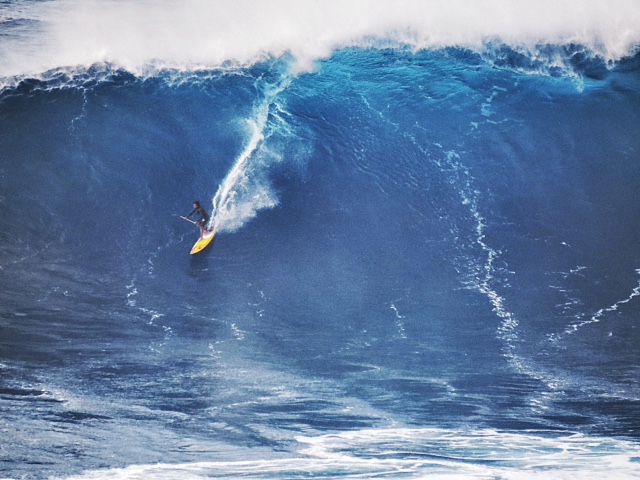 Kai Lenny on his SUP at Jaws 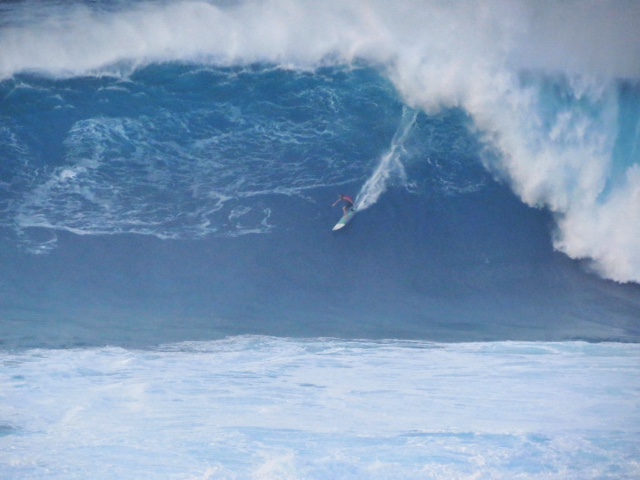 An unknown surfer catches a nice wave at Peahi. 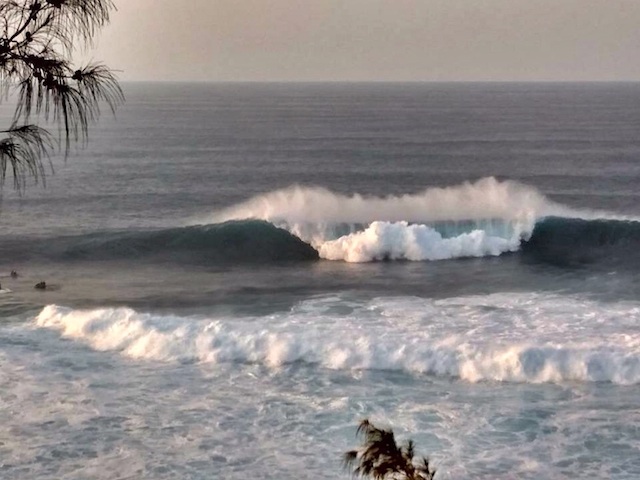 The jet skis on the left side of the photo give you some sense of the size of this wave at Peahi.

The forecast calls for the big surf to continue over night and into the morning before slowly decreasing throughout the day tomorrow. There are still a couple of months left before the end of the this El Nino winter season. I suspect we may see some more really big days at Peahi. If work allows, we will try to get down there for some more pictures and video.

Here is a great video to jump start your week….