Honua Kai is a new fee simple vacation rental friendly condominum development along Airport Beach in the Ka’anapali area. Construction was completed on the first tower of the development towards the end of last year with the second tower likely to be completed in mid 2010. This is the first new whole ownership beachfront resort developed in the Ka’anapali area in over 20 years. Honua Kai was a hot item when first offered for sale pre-construction in 2005. The initial offering was sold out within hours. While I had heard of a number of transactions closing at the complex within the last year, only a limited number of those sales were being reported on our MLS. Over the last couple of weeks, I noticed that the listing brokerage for the developer started to catch up on the back log of unrecorded sales on the MLS. Specifically, I counted 46 sales at Honua Kai that had been recorded in the first half of 2009 only to be reported in the last couple of weeks. 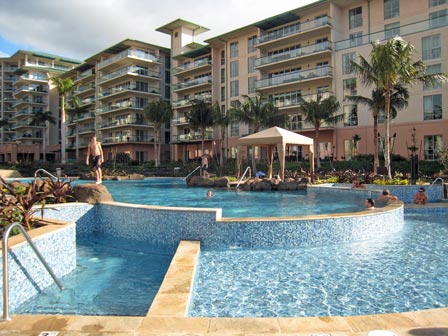 As someone who regularly posts on Maui Real Estate statistics, it is helpful to have a more complete picture of sales activity for the year to date. With 275 condo sales reported on the MLS through June 3oth, the 46 additional sales is a significant number. Prior to the reported Honua Kai sales, we were looking at a 46% decrease in sales when comparing the first six months of 2009 to the first six months of 2008. After including the newly reported Honua Kai Sales, the difference between the first six months of 2008 and 2009 shrinks to 37%. The Honua Kai sales also were by and large high end transactions with closes ranging from the low $500,000s to over $3,000,000. Incorporating the newly reported Honua Kai sales results in a pretty healthy bump to the 2009 median sales price. The 2009 median is $420,000 without Honua Kai and $544,750 with Honua Kai’s sales. That being said with any Maui statistics, it is worth doing a little digging beyond the numbers. 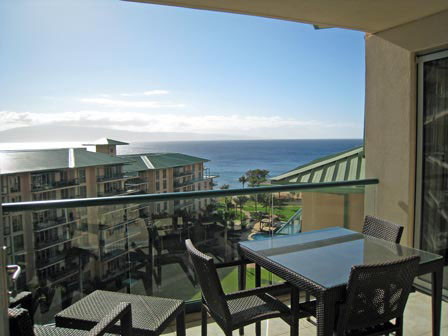 Ironically, the 2009 real estate statistics without Honua Kai are probably a better indication of the current condo resale market. Most if not all of the recent Honua Kai closes were from contracts that were written pre-construction back in 2005 and 2006. These sales are not coming from buyers who were actively looking for property this year. However, the new 2009 statistics are not unusual in that they received a bump from sales based on long term contracts. The 2008, 2007 and 2006 Maui real estate statistics received a similar bump from new development sales. In that sense, the newly reported Honua Kai sales level the paying field when comparing the 2009 market to other recent years. Once again, it reemphasizes the point that Maui is a small enough market that our statistics can be a uneven indicator of market conditions.