There was a whole lotta shakin’ going on at the Jalbert household this morning on Maui. The family was upstairs getting ready for breakfast when the entire house began to shake. Carla thought someone was jumping on the roof. Having experienced a few jolts in California, I knew immediately that it was an earthquake. After the initial jolt, the house shook for a good 10 to 15 seconds. Once the shaking stopped, we made our way downstairs and outside. The kids were pretty scared and the power was off. My friend Lester who is visiting from San Francisco walked over from the cottage. I decided it might be a good idea to put some clothes on. We really didn’t know what the extent of any damage was to the Island. The entire Maui power grid was shot down temporarily so we unable to obtain information right away. My first thoughts were of Tsunami and my brother Pete who lives in Spreckelsville, unfortunately, I was not able to make a connection to him right away. We just hoped for the best.

After about 5 minutes some of the local radio stations were back up on emergency generators. KPOA, 93.5 as always was quick to deliver information. Hawaii had experienced a 6.6 magnitude earthquake centered near Kona on the Big Island. There were no indications of Tsunami. As I type this blog it’s about 5 + hours after the quake and Maui seems to be back to business as usual in most places. Power is back on, damage reports are fairly minimal on Maui. There are boulders blocking the roads in some of the rural areas and I have heard rumors of some damage to homes. I understand that Kona Hospital and some other parts of the Big Island may have sustained more damage.

We had some pictures fall off the walls and things are a bit disheveled, but otherwise we are doing fine. Ryder, my 3.5 year old son, was terrified until the power came back on. For him, once the lights were on, all was well. Malia, who turns 5 soon, was analyzing what happened. She wanted to know all about earthquakes and what an “aftershock” was.

As always, I am sure that the people of Maui will rally around their neighbors and lend a helping hand where necessary. Life in paradise is never dull. 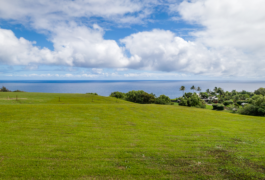 A quiet country road that wanders towards the ocean. Cooling… 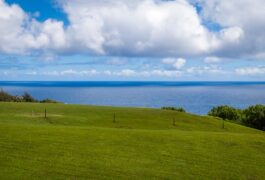 Christmas is just a few days away. Still stumped on…